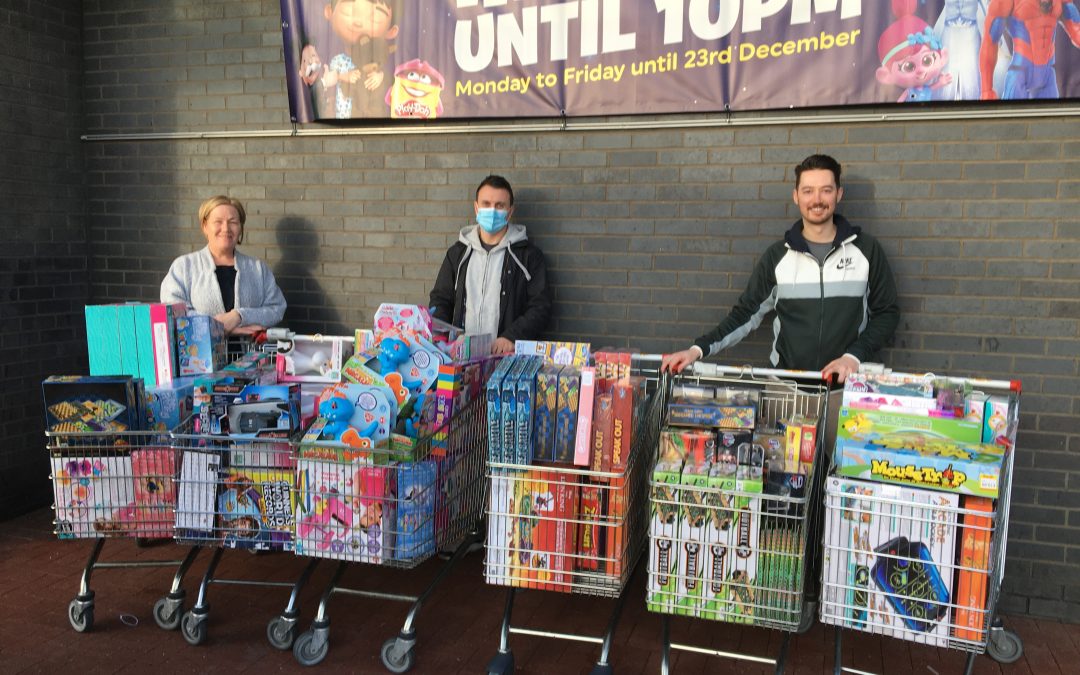 A Sunderland community has been praised for its ‘incredible goodwill’ over the festive period after providing thousands of food packages, a Christmas parade, hundreds of toys and even Playstation gaming consoles for families in need.

Sandhill Community Group CIC, a newly launched charity set up to improve the areas of Grindon, Hastings Hill, Springwell and Thorney Close, received hundreds of food parcels and toys, as part of its efforts to spread festive cheer and ensure no family went without food during the Christmas period.

Sandhill Community Group CIC was born out of the work of the Thorney Close Food Bank – a community-run foodbank launched last year by local Labour Councillor Debra Waller and business owner Michael Pattison – and was relied upon by hundreds of families during the pandemic.

Michael Pattison, who owns P&D Windows and plays football for Thorney Close FC, said: “We founded Sandhill Community Group CIC after witnessing first-hand through our work with the foodbank just how many families were struggling during the pandemic and the lack of support on offer for those that truly needed it most. 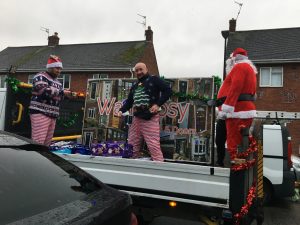 “The aim of the charity is to give back to our community through our love of sports and other activities and to provide support to those in need through our work at the foodbank and our constant community fundraising efforts.

“As residents, we always knew our local community was really tight-knit, however even we were blown away by the response we received from local families, businesses and community groups over the holidays. It was absolutely incredible.”

Cllr Waller, who helped set up Sandhill Community Group CIC alongside Michael and fellow directors Kris Johnson and Paul Lloyd, said: “It’s during the most testing times that we often see the true strength of community spirit shine through and to see so many people pull together to support one-another during the crisis has been so heartening.

“From Christmas parades to food parcels, toy donations and cream tea deliveries to the elderly, I can’t thank Michael, Paul, Kris and all of the organisations who have supported us over the recent months enough for stepping up and delivering for our community over the past few months.

“However, while we are hoping the vaccine will lead us to seeing light at the end of the tunnel, we’re also aware of the devastating economic and social impact the pandemic has had – and will continue to have – on our communities, and we’re determined as a charity to do all we can to continue supporting our community and providing for those most in need as we look to the future.”

Portico North, a community interest company based in Sunderland city centre, raised over £2,000 to purchase toys for struggling families as part of the campaign, many of whom were hit hard financially by the pandemic and struggling to provide for their loved ones.

Portico North director, Riki Lee Tsang, said: “The pandemic has had such a huge impact on our communities and with thousands of people forced out of work or placed on furlough, it has been fantastic to see so many organisations and residents come together to support one another.

“We were absolutely delighted to get involved and were thrilled when we were able to receive support from The Barbour Foundation to purchase toys for those most in need. Giving back is central to our mission at Portico North and it was great to be involved.”