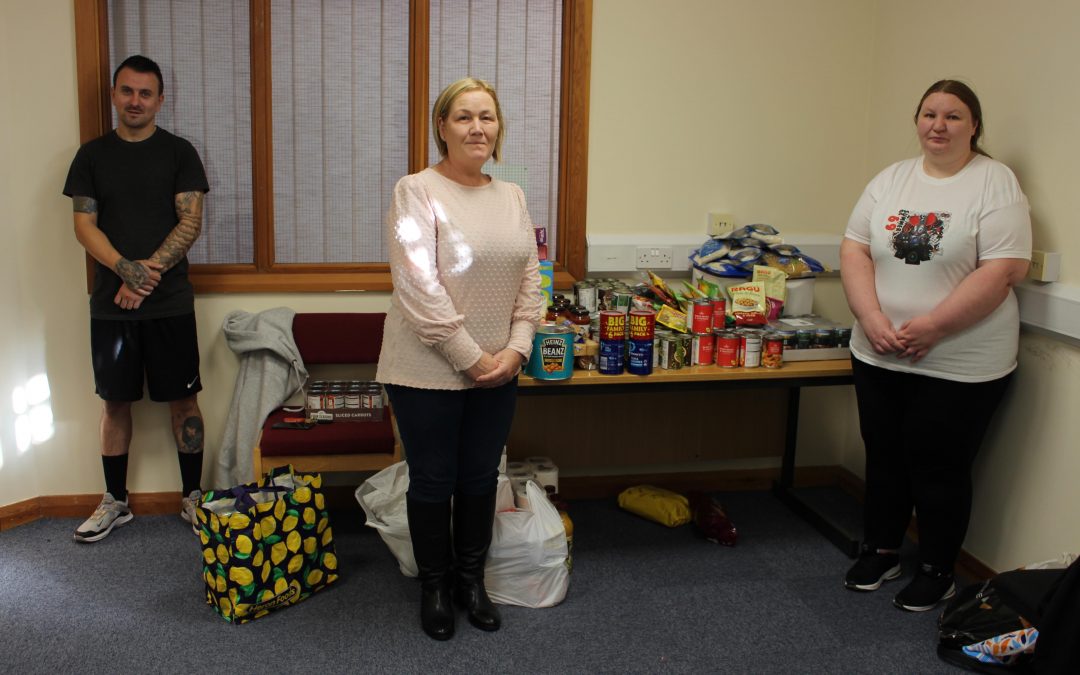 A Councillor has praised her kind hearted community and local football club after a huge team effort led to the launch of a much-needed community foodbank.

Councillor Debra Waller, a Labour member for Sandhill, teamed up with grass-roots football club Thorney Close FC to launch a community-run foodbank supporting those most in need during the pandemic.

Michael Pattison, who plays football for Thorney Close FC and owns P&D Windows, pitched the idea of setting up the foodbank to Cllr Waller, after volunteering at the Bede Centre Foodbank and witnessing first-hand the reliance so many families placed on its services.

In just a few weeks, the pair have secured safe and covid-friendly premises at Thorney Close Action and Enterprise Centre and have received hundreds of donations from residents, Thorney Close FC, local businesses as well as City Life Church and Bethel Christian Fellowship.

The foodbank is wholly community-run – meaning it requires no referrals from third-party agencies – and is also able to provide support to those shielding from the pandemic, with volunteers already going out of their way to deliver food parcels and essential goods to those in self-isolation.

Councillor Waller said: “A few weeks ago this was just an idea and now we have a fully functional foodbank that is open for business. The community effort to get this up and running in such short time has been absolutely outstanding.

“Millions of families across the UK rely on foodbanks just to get by and the mass unemployment and economic uncertainty caused by the pandemic has added yet further strain, especially here in the North East.

“Previously, residents would’ve had to travel outside of their communities to visit their nearest foodbank and would require a referral to be eligible for support, which for some, especially those with young children, can be a real challenge.

“As this is a service run by the community, for the community, we don’t require referrals and people can simply message us via Facebook, or turn up on a Wednesday morning or Friday afternoon and grab what they need. It will provide a huge lifeline for so many families.”

The foodbank is currently open Wednesday mornings , 10am – 12pm and Friday afternoons 1pm – 3pm however donations can be made at any time by simply dropping off items at Thorney Close Action and Enterprise Centre.

Michael added: “It’s been fantastic working with Deb and the Thorney Close FC team to get this up and running and we’ve been absolutely bowled over by the support we’ve received so far.

“Volunteering at Bede Centre Foodbank I witnessed first-hand the demand placed on foodbanks and the predicaments many of the people there found themselves in. It’s so easy to forget how easily any of us could fall into hardship and require support, no matter what your background.

“You tend to find that, especially in communities like this that are close-knit, many people are incredibly proud and don’t like visiting the larger foodbanks, as they don’t feel comfortable or deserving of support.

“By establishing a community-run foodbank such as this and by working with local volunteers, we’re able to provide a more personal service and reach out to those who really need it or may be struggling in silence.”

He added: “We’d like to say a huge thank you to everyone that has supported us so far. The community spirit here in Thorney Close is fantastic and we really appreciate all of the help we’ve received over the last few weeks.

“However, although lockdown measures may have eased, the burden of the pandemic hasn’t, and we’d encourage anyone who can afford it to donate whatever they can, no matter how big or small. Every little helps.”