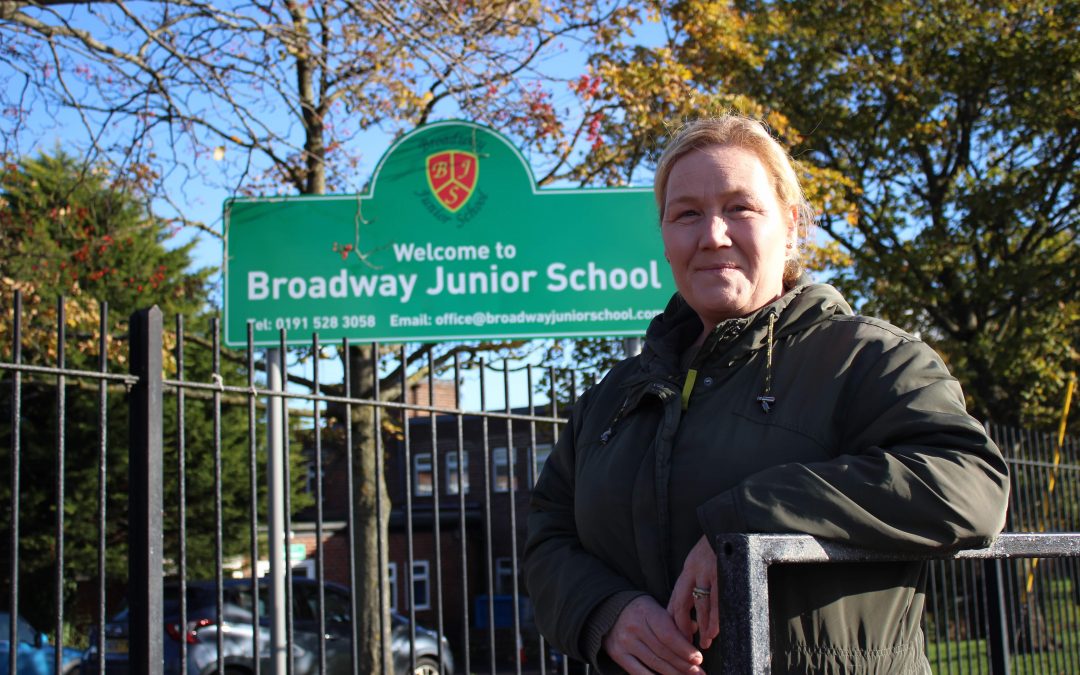 A Sunderland councillor has boosted school crossing safety measures by putting the brakes on speeding drivers.

A new 20mph has been introduced on the stretch of Springwell Road directly outside the school and a 30mph zone created on the opposite carriageway, slowing down vehicles and making it safer for school-run crossings.

Cllr Waller started the campaign with residents last summer after being contacted by the school and parents about the dangerous strip of road.

She led the community effort that saw around 400 people add signatures to a traffic calming petition, which helped impress upon council officers the scale of the problem on the busy road, after a number of near-misses at the busy junction in recent months.

The stretch of Springwell Road had become increasingly dangerous for people taking children to and from school, and Cllr Waller has even heard reports of drivers revving their car engines at the school’s crossing patrol while they guided children safely across the carriageway.

Cllr Waller, said: “It felt like it was only a matter of time before this particular stretch of road was going to become the scene of something rather terrible, and I couldn’t stand by and watch that happen.

“As all Labour councillors know, we have a duty to protect our residents to help keep them and their children safe, and having canvassed opinion, it was clear that everyone was keen to see something that would slow down passing cars before it was too late.

“The petition was welcomed by residents and the school, with teachers, the headteacher, local residents, people who work in nearby shops all signing up and it’s fantastic for them and for me to see these 20 and 30mph signs up here – I’m sure they will make a huge difference.”

Sunderland City Council Leader, Cllr Graeme Miller, said: “I’d like to congratulate the people of the Sandhill ward who worked with Cllr Waller on this important campaign – once again, this is an example of the people of Sunderland talking to their Labour councillors and us listening to their concerns and acting on them.

“Labour councillors working hand in hand residents – who are the eyes and ears of their communities – is such a powerful force, and this success is just one example of how we are making a real difference in Labour-held wards the length and breadth of Sunderland.”