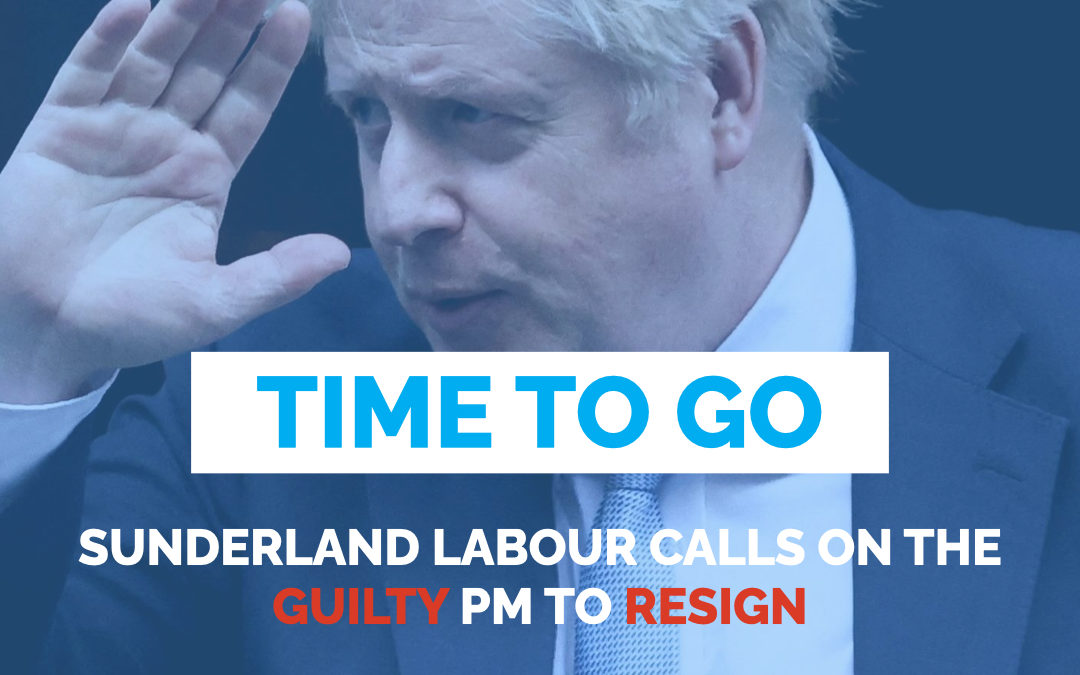 Sunderland Labour Group is calling on the Prime Minister and Chancellor to resign after it emerged they will be fined for Covid-breaking parties at Downing Street.

Phil Tye, chair of Sunderland Labour Group, said Boris Johnson and Rishi Sunak should ‘do the only decent thing and step down’ after officials confirmed both will be issued with fines for breaking the law.

The Silksworth ward councillor, who is standing for re-election in May, said the rule-breaking was an insult to residents across the city who observed lockdown measures that forbid gatherings at the time.  And that the ‘nation cannot possibly trust a PM who not only broke his own rules, but repeatedly lied in Parliament about it’.

He said: “So many of our residents, heartbreakingly, died alone during the peak of the pandemic in order to ensure that rules, that were put in place by this government, were observed. I am sure their families and loved ones share my absolute indignation at the disgraceful behaviour of our Prime Minister and our Chancellor, who frankly have no moral authority to serve this nation.

“They’re law-breakers and they’re liars. That’s the reality. That’s confirmed. And, as we see time and time again from the self-serving Conservatives, it is one rule for them and another for everybody else.

“For them to continue in high office would only be further proof, if we needed it, of the utter contempt they hold residents the length and breadth of this country in. They must do the only decent thing now, and resign. The time is up for these selfish individuals.”

The Prime Minister, Chancellor and the PM’s wife Carrie Johnson will all be fined by the police for breaking lockdown laws, after the Met Police confirmed that they would be handed fixed penalty notices. The force has been investigating a string of gatherings in Whitehall and Downing Street during lockdowns and so far, more than 50 fines have been issued.

Phil Tye added: “If we cannot trust the people making the rules to play by them, then politics really has slumped into the abyss. We have a right to expect more of our PM – we should be able to expect more. And we must demand more if we are to retain any sense of what’s right in this country.”