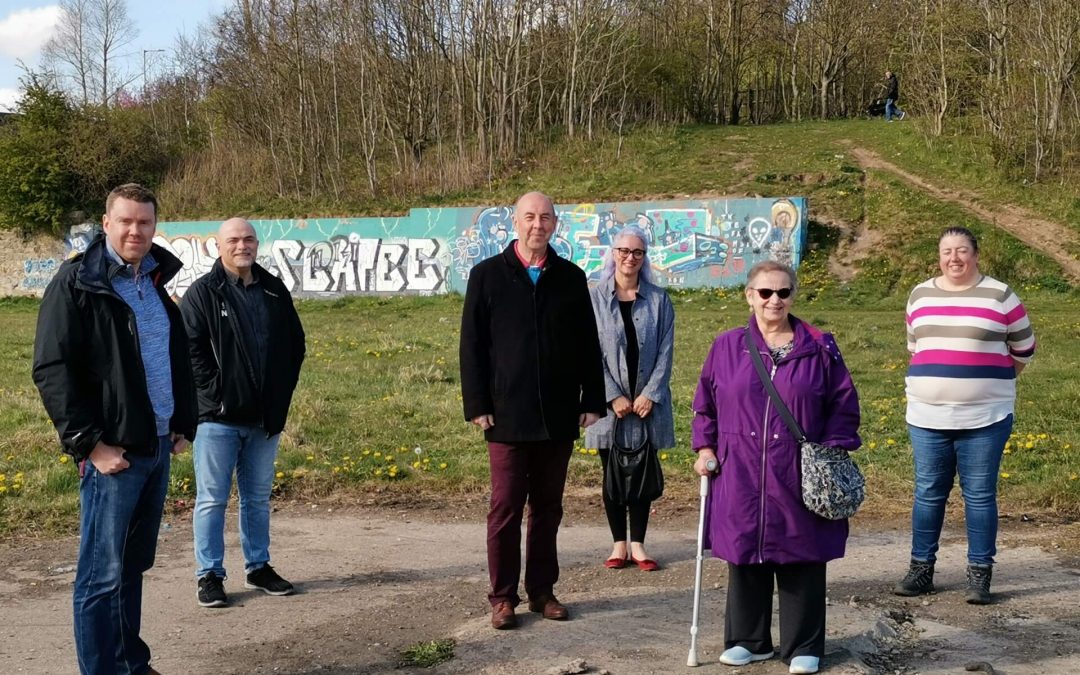 Houghton and Copt Hill Ward Labour councillors have welcomed the green light given to developers for a major new retail scheme in Houghton town centre.

Local Labour councillors have long-campaigned for the redevelopment of the former Houghton Colliery site, and the £15m development brought forward by Washington-based Hellens Group has now been given planning approval, paving the way for the transformation of the site.

Tesco was unveiled as the anchor tenant on the site in July this year, which has stood empty for 40 years, and councillors have said it is a clear reminder that Sunderland Labour Group will deliver for all parts of our city.

“We’re delighted this scheme has been given the green light.

“This is what happens when you have a collective of progressive and ambitious councillors pushing in the same direction and focused on delivering for their residents – and that is what we have done as a Labour Group, pushing for change that will create jobs and opportunities, and that will help to draw people back into the area, supporting existing shops and businesses in Houghton.”

As well as plans for a retail park, proposals for a permanent sculpture, that will pay homage to the area’s mining heritage, will also move forward. The artist behind Seaham’s famous ‘Tommy’ – Ray Lonsdale – has been commissioned using funding secured through the Coalfield Area Committee released by city councillors, from the four wards across the Coalfields.

“We are absolutely thrilled that plans are moving forward at Houghton Colliery a site we absolutely wanted to see developed.

“Residents told us they wanted to see this area developed, and we pushed for that to happen. This is a fantastic result for Houghton, its residents and for the high street in the area which will benefit from the increased footfall development will bring.

“I’m so proud Labour Councillors have been able to drive this project forward, including securing the prominent Ray Lonsdale artwork that will be included with the development as a fitting tribute to our mining heritage.”

The site will see the development of almost 39,000 sq ft (3,600 sq m) of new retail space in all, and is expected to create hundreds of new jobs.