You say, we do – Labour to deliver people’s priorities 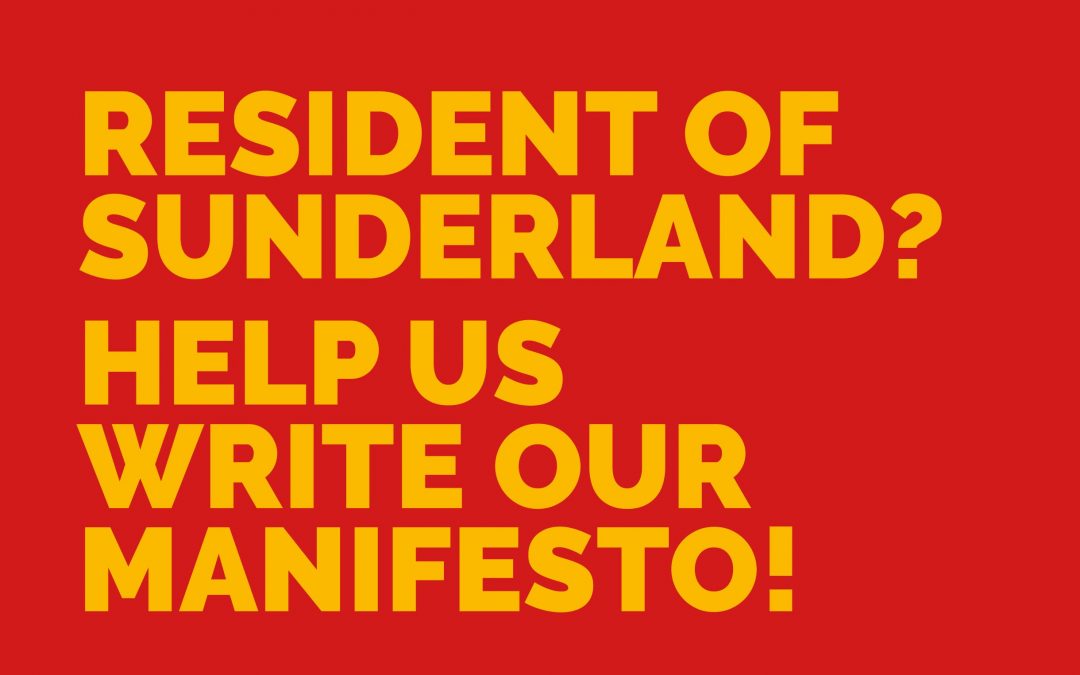 Sunderland’s ruling Labour Group is calling on residents to shape its manifesto, which will set out its commitments to the city for the next four years.

Leaders of Sunderland Labour Group want to hear residents’ priorities to ensure that its pledges to Sunderland address the things that matter most to people in the city.

Councillors and candidates are working on the group’s manifesto, which will include a focus on creating a cleaner, greener, safer city, as well as delivering a programme of transformation that will nurture a more prosperous local economy, creating jobs and opportunities for people and businesses.

A new online survey has been launched at www.sunderlandlabour.co.uk/have-your-say for residents to feed back their views on the issues that affect them, allowing the Group to develop a new manifesto for 2022-2026 that will build on the achievements of its 2018-2021 pledges and make a real difference at a community-level.

Councillor Graeme Miller, leader of Sunderland Labour Group, said: “As ward councillors, and active candidates in the areas we represent, we work day-in-day-out with residents to understand the issues that concern them, to respond effectively to them and to ensure that we are a party that delivers on its promises and delivers for Sunderland.

“We want to be very clear, as a party, what we stand for locally, and – just like the last four years – we want to set out our aims and enable the residents of this city to see our intent and to judge us on delivering against them.”

He added: “We have achieved a huge amount against our Manifesto to 2021.  We pledged to boost the city’s economy through local commissioning and achieving social value through our own spending and we have delivered a multi-million-pound boost to the city during this time.  We committed to drive up the real living wage (RLW).  We have done that, taking the city from 22.8% of the workforce being paid less than the RLW in 2017/18 to just 16.1% by the end of 2019/20 financial year.

“We said we would deliver a greener city and we have – Sunderland was one of just 12 cities nationally to be awarded A-Grade status for its green credentials.  We set out plans to engage residents and address their concerns.  Through Let’s Talk Sunderland, the council has taken on board the feedback of more than 155,000 residents and we have used that to shape our plans.

“The city is transforming.  We have enabled this council – through smart, strategic decision-making – to be recognised as a progressive local authority that is attracting private investment at a level not seen for generations.  We want to build on that.  We want to deliver on the city’s priorities – on those of our communities and of people who share our ambition for themselves and for Sunderland.”

As well as collecting feedback online, the Group is asking residents to feed their thoughts to their local councillors and candidates who have spoken to hundreds of households in recent weeks to hear about the issues that matter to them.

Councillor Paul Stewart, Sunderland Labour Group cabinet secretary said: “What we hear on the doorstep, what we learn through our survey and the data and insight we gather as a city council will all help to shape a rounded manifesto that is absolutely attuned to the needs of Sunderland.  We stood on a manifesto in 2019 that we have worked towards.  Our focus has been clear and as a result, we have achieved against those targets.  We will do the same again between 2022 and 2026, delivering on the people’s priorities.”

Deputy leader, Councillor Claire Rowntree, said the group was hoping to gather the views of as many residents as possible to ensure it forms an inclusive manifesto that delivers for all.

“We see the commonality between the issues our residents raise on the doorstep and we have a strong sense of direction from them already, but the more people who share their thoughts, the more inclusive and representative this manifesto can be.

“Politics is about how we live our lives – from the preservation of great parks and public spaces to the regeneration of our city that will create jobs and opportunities.  We want our policies to reflect what residents want to see.  And the richer the feedback, the greater our ability to achieve that.”