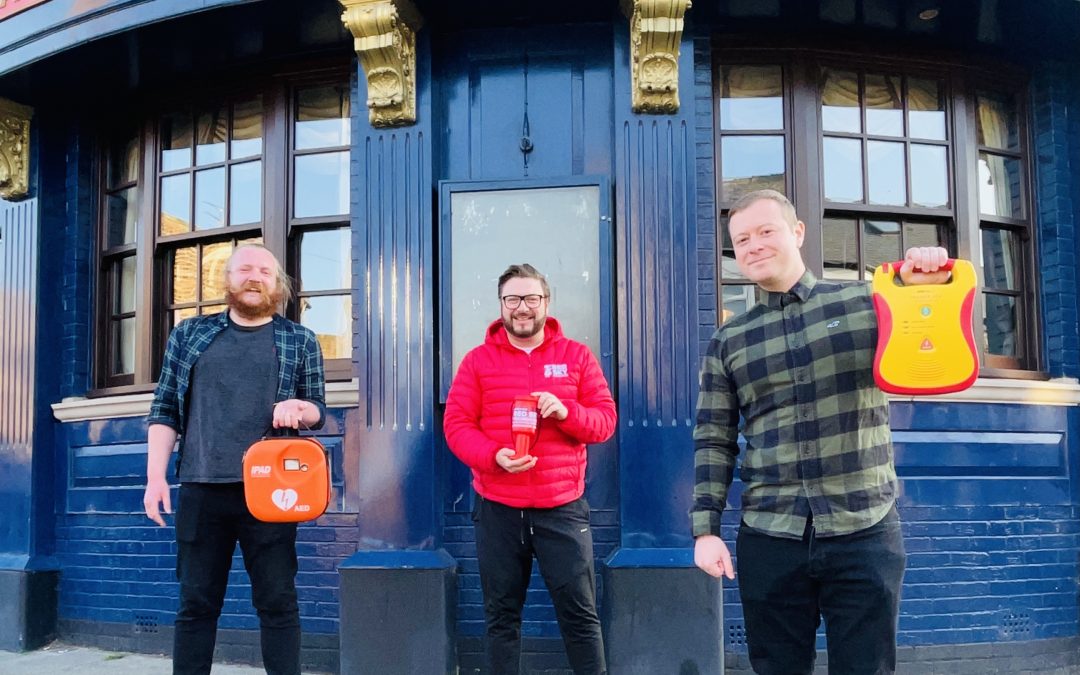 An award-winning Sunderland pub has raised a glass to a serving firefighter and prospective councillor, after he raised the funding required to install a life-saving defibrillator.

Ashbrooke resident Chris Smith, who last year made headlines after saving the life of a vulnerable neighbour caught in a house fire while off duty, is hoping to save more lives, after raising the funds to have a defibrillator installed outside of the Ivy House pub.

Chris, who is also running as a Labour candidate for St. Michael’s Ward in May’s upcoming local elections, has served as a firefighter in Tyne & Wear for over 10 years and has witnessed first-hand the critical role that defibrillators play in saving lives.

He said: “As a firefighter, I’ve seen on multiple occasions just how important defibrillators are. If you have a heart attack, you only have around 5-6 minutes to access a defibrillator before the inevitable happens and having them installed across the city should be a key priority for our councillors.”

Chris raised the finance required for the defibrillator by running 5k around the ward, every day for 27 days, the equivalent of Hadrian’s Wall. Joined by guest runners such as Reverend Andrew from St. Nicholas’ Church and Sergio Petrucci of the Red Sky Foundation, the campaign reached its target prior to the end of the 27 days and will be donating the remaining money raised to the foundation.

He added: “I was blown away by the support we received not only from residents donating to the fundraiser, but also those who took the time out to run with me and support our efforts.

“From the Red Sky Foundation to Performance Fitness Centre and Washington Forge Rotary Club and my colleagues at Tyne and Wear Fire and Rescue Service, it’s been a real community effort and I can’t thank everyone enough for their support.

“Next up, our goal is to continue having defibrillators fitted across the Ward, be that as a serving councillor or just as a member of the community. As someone who was born and bred in Sunderland, this is a city I’m incredibly passionate about and having moved to St. Michael’s to raise a family, I’m dedicated to making it as fantastic an area as I possibly can.”

The Red Sky Foundation was set up by fellow Ashbrooke resident Sergio Petrucci to raise vital funds and awareness to help provide cardiac care for babies, children and adults with heart problems from across the North East of England and beyond.

Parents Sergio and Emma Petrucci set up the charity after the pioneering life-saving treatment their daughter Luna received in 2015 after she was born with a serious heart problem.

After experiencing the great work carried out by the wonderful NHS team in the Children’s Heart Unit at The Freeman Hospital in Newcastle, the couple wanted to express their thanks by raising money to help fund machines, equipment, specialist nursing care, holistic treatment and much more by collaborating with CHUF (Children’s Heart Unit Fund).

Sergio said: “We’re so proud of Chris for supporting Red Sky Foundation. He’s been brilliant at engaging with the local community on our behalf to stress the importance of having public access defibrillators being made available for everyone.

“Sudden cardiac arrests can happen to anyone but these devices can increase a patients chance of survival by up to 90%, so it’s great to have him on board as one of our Red Sky volunteers making such a positive impact.”