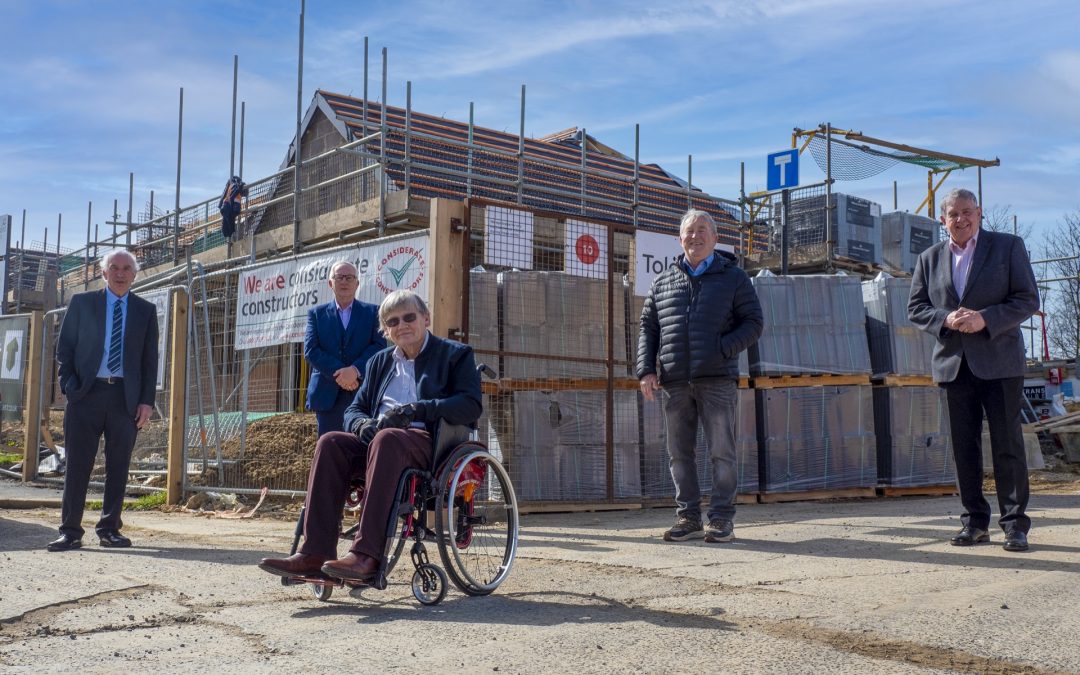 The former mayor of Sunderland has spoken of his pride at seeing a charity he has supported for four years find its new premises.

The Northeast Disabilities Resource Centre (NDRC), which has been serving the region for more than 50 years, is set to relocate into custom built premises in Cork Street, Sunderland.

The organisation, which aims to enhance the lives of people living with disabilities, is moving to a brand new day centre in August, something its board – which includes Barry Curran, who was previously mayor of the city – has played an important role in making happen.

NDRC has been working in the Sunderland community for more than 50 years with the aim of enhancing the lives of people living with a disability.  Many of the charity’s clients are people diagnosed with Cerebral Palsy, but NDRC also provides support for those who may have allied conditions such as a physical disability or a learning disability.

Barry Curran, who was asked to join the NDRC board after championing the charity during his time as Mayor, said: “I’m absolutely delighted that a charity that does so much good for people in this city is preparing to relocate to premises that will enhance the service it is able to offer to some of Sunderland’s most vulnerable people.

“The service has been operating from a space that is, quite simply, no longer fit for purpose, so moving into a custom-built premise that has the right set-up and facilities to support NDRC is amazing, and is  something myself and the rest of the board are thrilled about. This will allow the charity to support its clients in new and exciting ways. I’m proud to represent this charity and to have played a part in securing this new base for NDRC.”

Barry – who is currently standing to represent the Fulwell ward in the local elections – is one of four board members who support NDRC’s small executive team. The move to the new premises in Cork Street, in Sunderland’s East End, has been supported by Sunderland City Council, with funding also coming from NDRC’s own reserves.