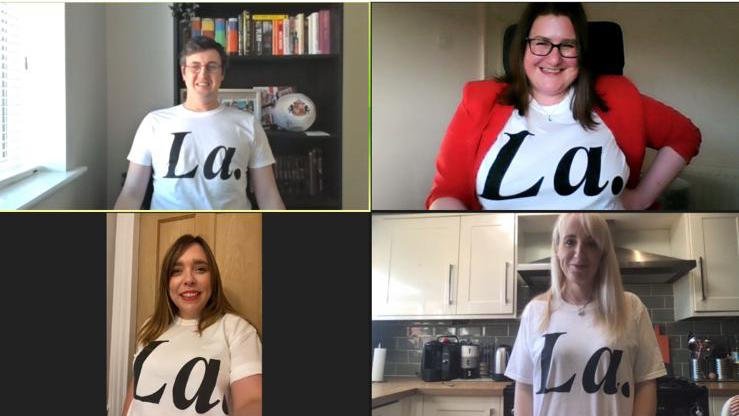 Sunderland Labour Group councillors have helped shine a spotlight on a charity that aims to tackle HIV in the UK.

A number of Labour councillors wore a ‘La’ t-shirt to Full Council, in support of the Terrence Higgins Trust, which was set up to end the transmission of HIV in the UK, to support and empower people living with HIV, eradicate stigma and discrimination around the virus, and to promote good sexual health.

The t-shirts were produced by Philip Normal following the success of Russell T Davies’ heartbreaking mini-series It’s a Sin, about the AIDS epidemic in the 1980s and 1990s.

Councillors Rebecca Atkinson, Michael Mordey, Kelly Chequer and Alex Samuels all wore the t-shirt in the latest virtual Full Council meeting last night, in a bid to raise awareness of the stigma and impact of HIV in the UK.

Councillor Rebecca Atkinson, who represents Barnes ward as well as being Dynamic City cabinet member, said: “A number of Labour group councillors watched and were touched by It’s a Sin, and the story it told of the prejudice faced by people living with this virus.

“We all feel that more must be done to remove the stigma associated with this condition, and to ensure that we promote greater understanding of good sexual health practice, to reduce, and hopefully eradicate new cases of HIV.

“As serving Labour group councillors, we are in a fortunate position of being able to bring societal issues to the fore, and we were all keen to use our platform to raise awareness of an important issue that affects people in Sunderland and beyond.”

Southwick ward councillor, Kelly Chequer, who is also Healthy City cabinet member, said: “As a serving nurse in NHS, I really do understand the impact that HIV has on those living with this condition .

“I think it’s critical that we do more to educate people about HIV, and to get more people talking about it in a positive way to remove the stigmas associated with it, and ensure that we tackle this issue collectively.”