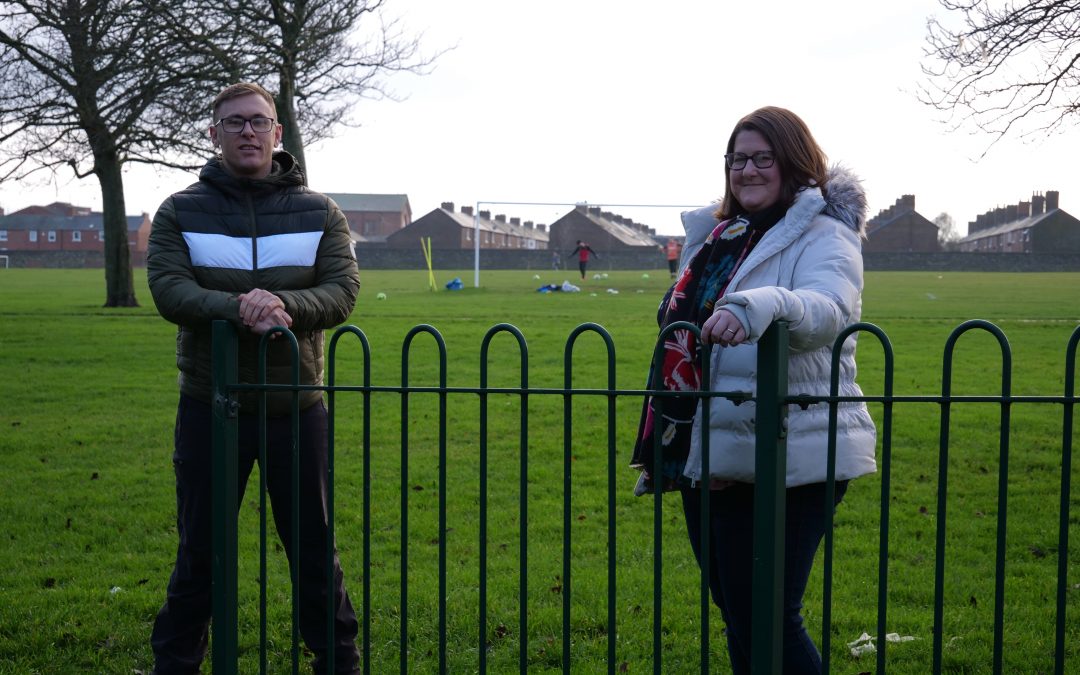 A recreational park at the heart of a Sunderland community is to be transformed after receiving almost a quarter of a million pounds in funding.

Southwick’s Thompson Park has been allocated £200,000 from the North Area Committee fund, following years of campaigning by a trio of local councillors.

The funding will be used to improve the park’s cycling and sports facilities, as well as general improvements to make the park safer and more accessible for people of all ages.

Labour councillors Alex Samuels, Kelly Chequer and Michael Butler have been working with residents for years to help make improvements to the park, from strengthening community relationships with the adjacent Sunderland Homegrown CIC to facilitating litter picks and helping improve the park’s facilities.

Cllr Alex Samuels said: “Ever since we were elected, we’ve all been fighting hard to secure funding and make improvements to Thompson Park and we’re proud to be once again delivering on those promises.

“The park is such an important part of our community and we’re delighted to be able to announce this latest funding boost which will go a long way to helping us make real significant improvements to the park.

“During the pandemic I think we’ve all had our eyes opened to just how important our parks and green spaces are, especially community spaces such as Thompson Park that are used by people of all ages, and we are looking forward to working with residents to bring these plans to life.”

Cllr Michael Butler added: “The funding will go towards major improvements within the park, mainly around health and fitness, such as cycling and the improvement of sports facilities.

“And it doesn’t stop there.

“We want Thompson Park to be one of the best parks in North Sunderland and we will continue to fight for the funding, both locally and nationally, to make this a park that our residents can really be proud of.”

The £200,000 also includes a £25,000 matched-funding bid to the Places to Ride scheme, which is overseen by British Cycling.

The councillors are also confident that this initial funding will go a long way in supporting further funding bids to national bodies such as Sport England and the National Lottery Fund, as they look to continue upgrading the park’s amenities for generations to come.

Cllr Samuels concluded: “Our goal is to make Thompson Park a real destination for the area. I grew up here, my children are growing up here, and we want to make sure that their children continue to play up here, and this funding will be key to making that happen.

“Not only will it allow us to make immediate improvements to the site but it’ll also allow us to bid for further funding as we look to the future.”