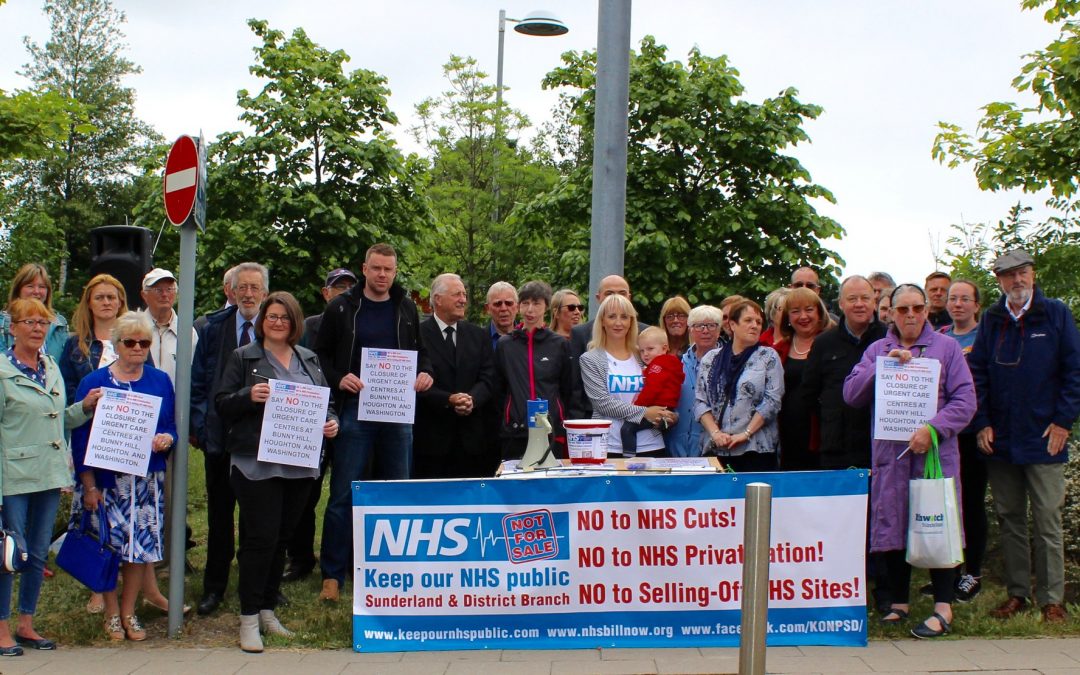 Labour councillors moved quickly to quell concerns that Primary Care Centres at Houghton and Washington are to close.

The CCG announced that the urgent care service is to end on July 31 at Houghton, but Labour has called on the organisation to make clear that services, such as Extended Access Service for minor illness and injuries, are still available at the centres.

Councillor Kevin Johnston, of Copt Hill Ward, raised concerns that the Group has failed to deliver a clear message about its plans for the two centres and of available services still available at both sites.

He said: “I’m extremely disappointed to have read the Sunderland Echo article on Monday under the headline “Washington and Houghton urgent care centres will close this month…”, which people may read as the Primary Care Centres themselves closing, which is simply not the case – the centres will remain open, continuing to deliver a host of other essential services to the public.

“Following CCG consultation on the removal of ALL urgent treatment services, it then changed its plans and retained the minor injury service within the primary care centre at both Houghton and Washington, as it would be incredibly difficult for people to get to the likes of Pallion on evenings, weekends and bank holidays. This also includes X-ray services.

“It is up to the CCG to address this miscommunication and ensure people are not misled to believe these vital community hubs are to close entirely.”

An extended consultation process and feedback provided by thousands of residents, including a 14,000 plus petition, opposed the original plans to close the centre.

Services that remain available at Houghton Primary Care Centre from 1st August are:
The GP Extended Access Service for minor illness and injuries at the following times through appointment only via the 111 telephone service.
Monday – Friday 6:00pm-8:30pm
Saturday – Sunday 9:00am – 5:30pm
Bank holidays – 10am – 2:00pm

Cllr Johnston added: “The CCG has a responsibility to the general public to not hide these services and just hope people will stumble across them.

“Following the consultation, we were promised that all future communication and information released to the public would be clear and easily understood. Judging the reaction I’ve had from the Sunderland Echo headline, that is still not the case. I’m extremely disappointed that after the lengthy discussions that took place last year, the CCG does not seem to have learned a thing.

“I would ask they update people on what is available and how they access these services and to also update staff at sites on how these changes will affect them from August 1.”

The CCG governing board said it had amended its proposals after listening to the campaign and feedback from residents, patients and campaigners.

An article then appeared in the Sunderland Echo under the headline: “Washington and Houghton Urgent care centres will close this month – this is how far you’ll have to travel to other centres.”