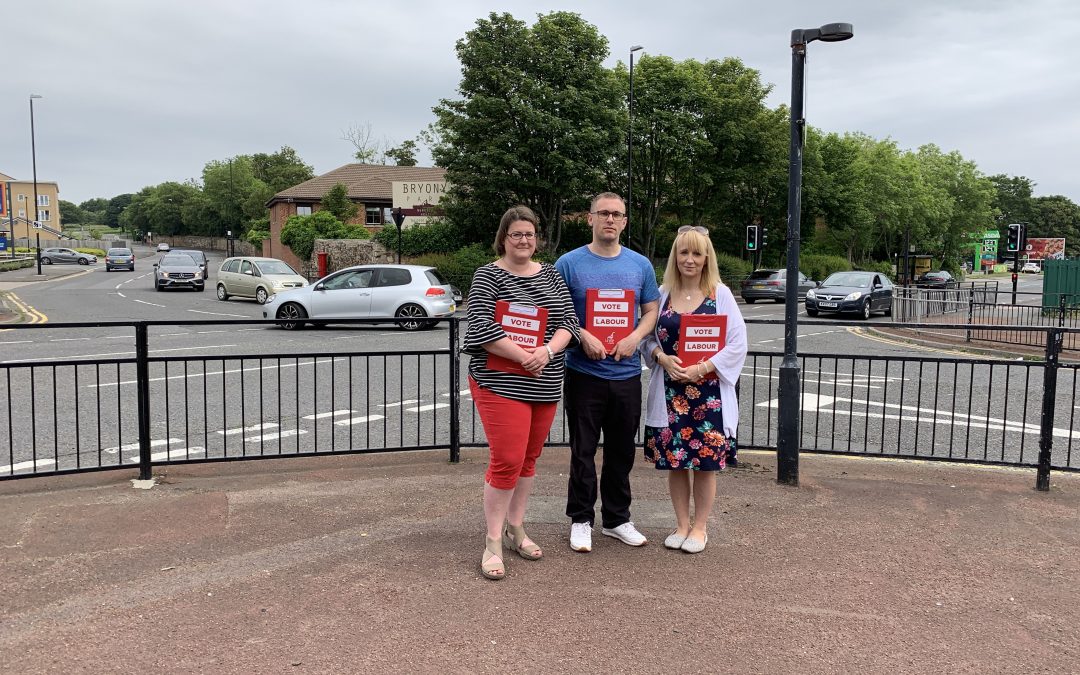 SUNDERLAND councillors have set their sights on tackling a problem junction, after a spate of serious accidents.

Labour councillors in Southwick have come together to launch a campaign, and are petitioning council officers to urgently upgrade the Thompson Road-Carley Road junction, following long-standing concerns from local residents.

Councillors Alex Samuels, Kelly Chequer and Michael Butler are collecting the signatures of concerned locals, in order to impress upon council officers the scale of the problem on the busy road, after a number of serious accidents at the junction in recent months.

Councillor Samuels, who successfully campaigned for a range of road safety measures outside of English St Martys School recently, said: “This junction is becoming renowned as a problem-road, having been the scene of a number of serious accidents recently.

“We have a duty to protect our residents and we are working hard to get this road to the top of the priority list of officers at the council, to prevent any more needless accidents. Prevention is key, and we must explore why these accidents are happening and what can be done to make the road safer for everyone.”

Having met with members of staff from the council’s highways team already, the three Southwick councillors will be meeting with senior officials over the coming weeks to discuss the future of the junction, now a notorious accident blackspot.

In both April and June, The Echo reported accidents on the road, with each leading to two people being taken to hospital for treatment.

Councillor Kelly Chequer said: “Road accidents happen, but there is cause for concern when there are multiple accidents on the same stretch of road, and that’s what we are seeing here.

“We’ve spoken to residents and they are concerned that there seems to have been a spate of issues recently, so we will be looking at what can be done to resolve this.”

The councillors have started collecting signatures from residents to show the strength of feeling about the safety of the junction and they plan to present the petition to a future Full Council to ensure it is pushed up the agenda of the council’s busy traffic team.

Councillor Michael Butler, who was elected in May, said: “This is a serious concern for residents, and in recent months, it has fallen into sharp focus with two separate serious incidents, which saw four people require hospital admission, and at least two more accidents that we are aware of in the last three weeks.

“We have to ensure that dangerous roads like this one are moved to the top of the pile, and that’s what we are hoping to achieve through this campaign.

“We’ll be out in the coming days and weeks to gather signatures of people in the local area who would like to see action taken, and we look forward to a positive meeting with colleagues in the highways department to make the case, very clearly, for urgent improvements.”