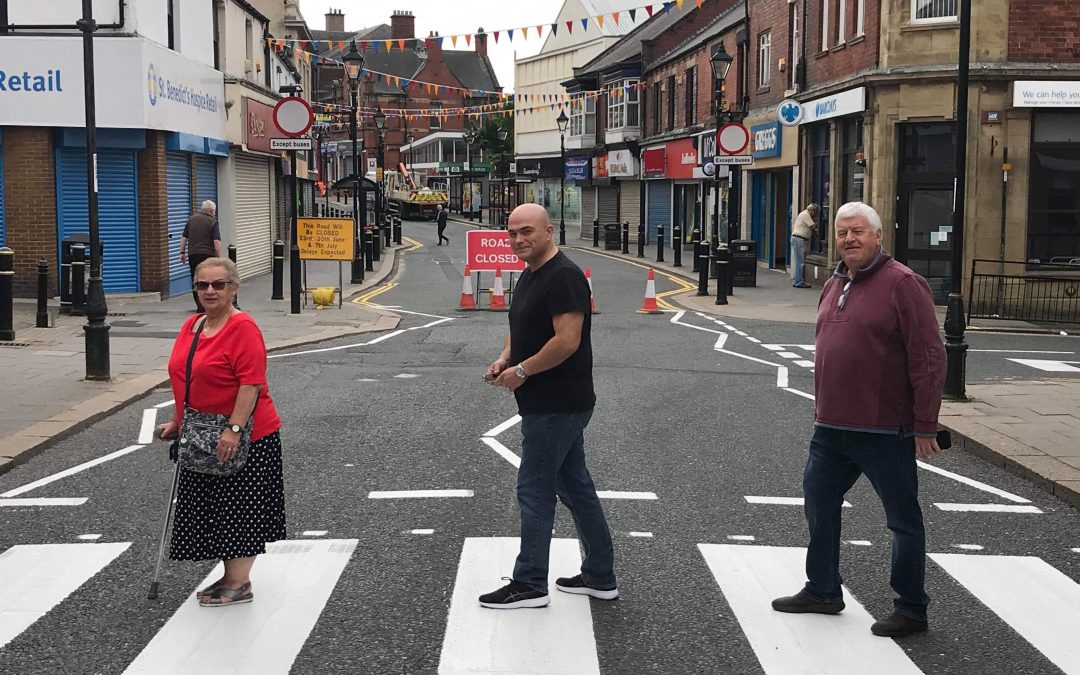 HOUGHTON councillors are celebrating, after a hard-fought battle to deal with parking problems on a busy city street.

Having spoken to local traders and residents, who were fed up of irresponsible drivers leaving their cars blocking the road, the councillors sprung into action and have been able to agree changes that will alleviate bottlenecking and problem-parking.

New measures include parking restrictions, improved road markings and a clearly marked bus stop which will be implemented over the coming month to deal with tailbacks and traffic flow issues on the street. The move follows months of campaigning, that has seen the work pushed up the agenda of traffic and highways teams to address problems.

Councillor Neil McKnight, who was elected to represent Houghton ward last year, said: “The situation in Newbottle Street was becoming a real issue for residents and traders, with inconsiderate drivers creating significant issues for traffic trying to make its way through, as well as pedestrians who were being put at risk as a result of drivers’ view being obscured.

“We could see that this was becoming a major problem for the area, and we have been working closely with traders and residents to hear their concerns and work with them to find options to improve things.

“We’ve been able to push this up the agenda of officers in the council and we’re delighted that this is now being dealt with.”

The council will also be putting in place greater enforcement to ensure those who flout the new rules are dealt with.

Councillor Juliana Heron, said: “We have taken the right steps to tackle this issue, but we know that enforcement is key to preventing it from being in vain.

“This is a major step forward for Newbottle Street, but we will be working with residents and traders to make sure that it is as effective as possible, and that we don’t go back to having the same issues with this popular street.”

Councillor Scullion, also a Labour councillor in the area, added: “This is a team victory. We’re delighted to see changes made that will really help traders, pedestrians and drivers in the area to move smoothly and safely through a street that is at the heart of our community.”