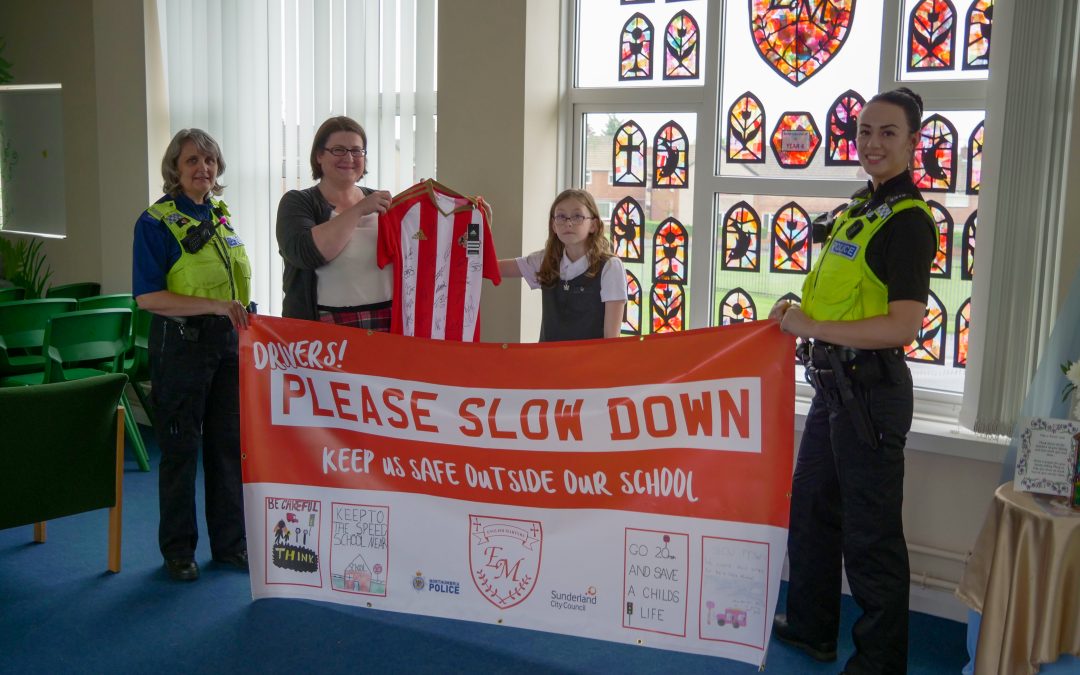 MEASURES to improve the safety of a Sunderland road, that residents fear is becoming an accident blackspot, will be considered after a petition led by a city councillor was signed by nearly 200 people.

Redcar Road, outside English Martyrs RC Primary School, has become so heavily congested during the school-run that residents fear it’s only a matter of time until someone is seriously hurt. Now, council officers have confirmed they will consult with the public and stakeholders on traffic calming measures to tackle the problem-road, which has raised concerns with parents and teachers.

Councillor Alex Samuels, who is just over a year into her post as a Labour councillor for the Southwick ward, has led the charge for more safety measures, after being approached by a number of parents, carers and teachers, all with grave concerns about the road.

Cllr Samuels submitted a petition to the council to demand action was taken to address the community’s fears, having received more than 180 signatures, and the complaint was upheld, meaning – subject to successful statutory consultation – the road could see a 20mph speed limit, speed cushions and prominent road markings introduced.

Cllr Samuels said: “This is a huge step in the right direction for parents, carers, teachers, staff and most importantly, children, in the Redhouse area, who feel they are at risk on this road every day when they go to and from school.

“Only a matter of months ago, a young girl had to be airlifted to hospital after being struck by a vehicle on this road, and we really do feel that it is only a matter of time before someone else is hurt, unless urgent action is taken to improve safety on the road.”

She added: “I am fortunate that, as a councillor, I can be the eyes and ears of my community and bring forward issues that might otherwise not be addressed. Keeping our children safe has to be absolutely paramount in our minds as councillors, and when you can see that – not only is this road making the daily school run a nightmare for parents and children – it is something that could cost lives, you have to intervene.

“This is great news for us as a council, as well as the school and Northumbria Police who have been supportive of this petition and share our belief that we need action to keep our young people safe.”

Cllr Samuels worked with headteacher at English Martyrs School, Paula Cornell, to get her petition signed, which she was able to submit to the council to ask for swift action to address the problem.

Though Sunderland City Council cannot take immediate action due to the need for careful consultation, the head of infrastructure and transportation at the council will start the process of getting feedback into the range of measures they have available, while Cllr Samuels has launched a road safety campaign in partnership with the school and Northumbria Police.

The campaign saw pupils from the school design posters aimed at encouraging drivers to slow down and the winning four designs, which were chosen by officers from Northumbria Police, were included on a banner funded by Southwick Labour Councillors’ Community Chest funding.

Cllr Samuels said: “We tasked the students with designing posters to encourage drivers to slow down and we were blown away by the results – they were absolutely fantastic!

“It was hard choosing four from all of the great designs but after discussing the entries with PCSO Alison Ross and PC Louise Turnbull from Northumbria Police, as well as Head Teacher Paula Cornell, we managed to narrow it down to a final four.

“We hope that, through the programme of improvements eventually implemented, we can make major improvements to a road that we believe will become the scene of yet-more accidents, if decisive action is not taken to alleviate the risks.”

Each of the winners received family swim vouchers for Sunderland Aquatic Centre with the overall winner receiving a signed Sunderland AFC shirt, which was kindly donated by the club.

To find out more about Sunderland’s Labour Group and the many causes it campaigns for, visit www.sunderlandlabour.co.uk or follow @SunderlandLab on social media.