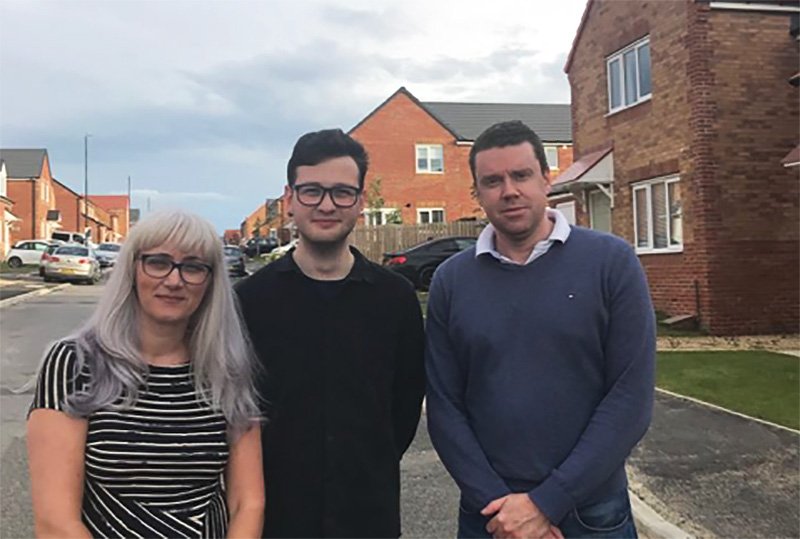 Councillors in Copt Hill are celebrating success this week, after winning an 18-month battle with a local housing developer over the state of a local road.

For months, residents on Henry Street in Hetton Downs have been complaining about the state of the road on the Henry Court development, built by Gleeson Homes, as part of a regeneration plan for the area. Development on the site, where the old Eppleton Estate used to stand, resulted in the deterioration of a main road in the area, which left many residents angry, and facing large repair bills for damage to their vehicles from driving on it.

Labour councillors in the area have worked closely with council officers to press Gleeson Homes for some time, to ensure the company takes steps to resurface the road. And last week, an agreement was reached, which means that plans to fix the road are now being assessed by Gleeson’s head office.

Approximate start-dates and plans for the work are yet to be received but local councillors have hailed the move as a big leap forward.

Councillor Jack Cunningham, who has lobbied on the issue for the last 18 months has welcomed the move.

He said: “It’s great to finally see the light at the end of the tunnel on this issue. Since I became a councillor for the area in November 2017, this is something I have consistently fought for and I am glad to see progress being made.

“To leave the estate in such a state for so long was a disgrace, and it meant residents had to suffer the effects of that day-to-day. Lots of people have come to me with damaged cars and tyres. This is a really positive outcome for residents on Hetton Downs and Henry Street, and though it has taken some time to resolve, the right outcome has been reached.”

He said: “We are still awaiting a start date for the required work to commence, but we believe this will be weeks rather than months. Residents of Henry Street have endured the bad state of this road for too long and work can’t start quick enough.

“Well done to all of those involved, particularly residents who have contacted us recently and sent photographic evidence to us, and to council officers and Gleeson for now reaching an agreement to the benefit of all of the residents.”

He added “This is a huge success for our local area and we will all benefit from this work. We just need to make sure that the pavements are done, and that dropped curbs are installed for those with impairments and we will keep the pressure up on this front”.