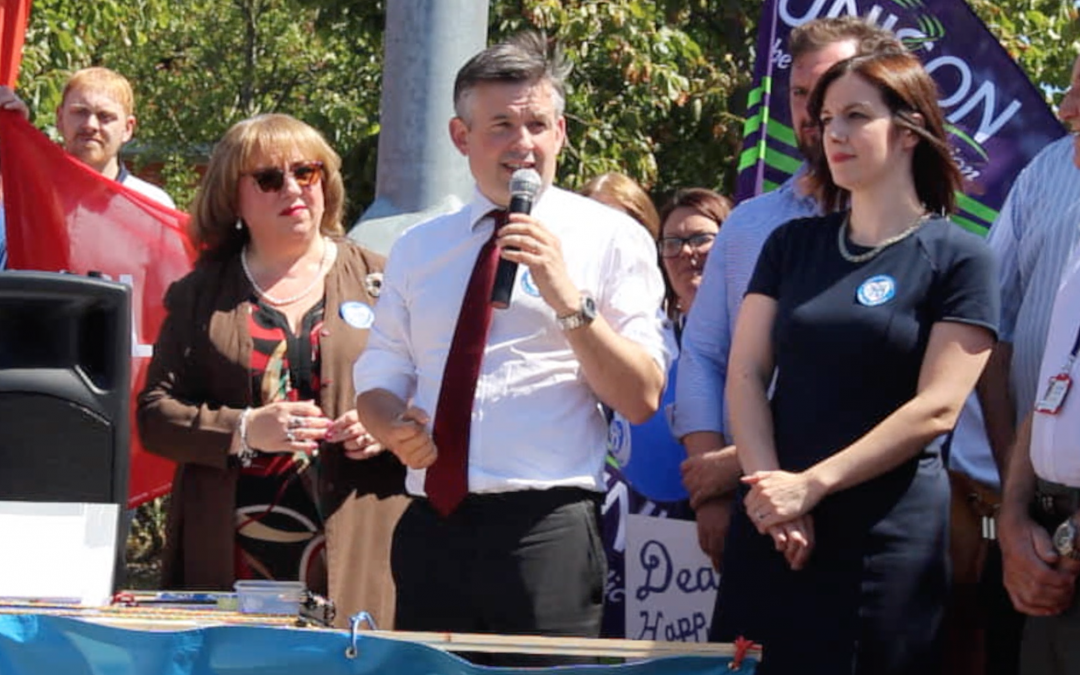 The CCG’s plans would see the three local urgent care centres close, with residents expected to seek support from extended GP access in the areas, or travel to Sunderland’s urgent treatment centre at Pallion Health Centre.

Mr Ashworth said: “In this the 70th anniversary of the NHS, a great Labour creation, we should be expanding healthcare provision in communities, not cutting it.

“There so many people in this local community demanding these urgent care centres stay open – I hope the local CCG listens to them.”

Sunderland Labour councillors launched the campaign, condemning the CCGS’s plans which they believe will actually increase the pressure on already-struggling health services.

Councillor Kevin Johnston, who represents Copt Hill Ward in Houghton, said: “This is a short-sighted and worrying plan from the CCG, who should be putting the health and wellbeing of people in this city first.

“We know that the Conservative Government is starving the NHS of cash, and that this is forcing the hand of the CCG, but we cannot and should not accept proposals that put residents at risk or undermine their wellbeing in the way these proposals will.”

“We will be fighting these proposals on behalf of the residents. Ultimately, this will only put pressure back on the NHS further down the line, when people resort to A&E instead of their local urgent care centre.”

Thousands of residents have already signed the petition to save Urgent Care Centres.

“As the name suggests, Urgent Care Centres were established to deal with urgent medical concerns, so it is counter-intuitive to expect residents – many of whom could be vulnerable anyway – to journey miles away from home to seek help.

“The CCG really does need to reconsider its plans – the reaction we have seen from the public demonstrates clearly that the proposal to close local centres is not right.”

Residents can provide feedback direct to the CCG through their public consultation, open until Sunday 12th August at www.sunderlandccg.nhs.uk. They can join Labour’s petition on Facebook.