Public urged to join fight to save urgent care 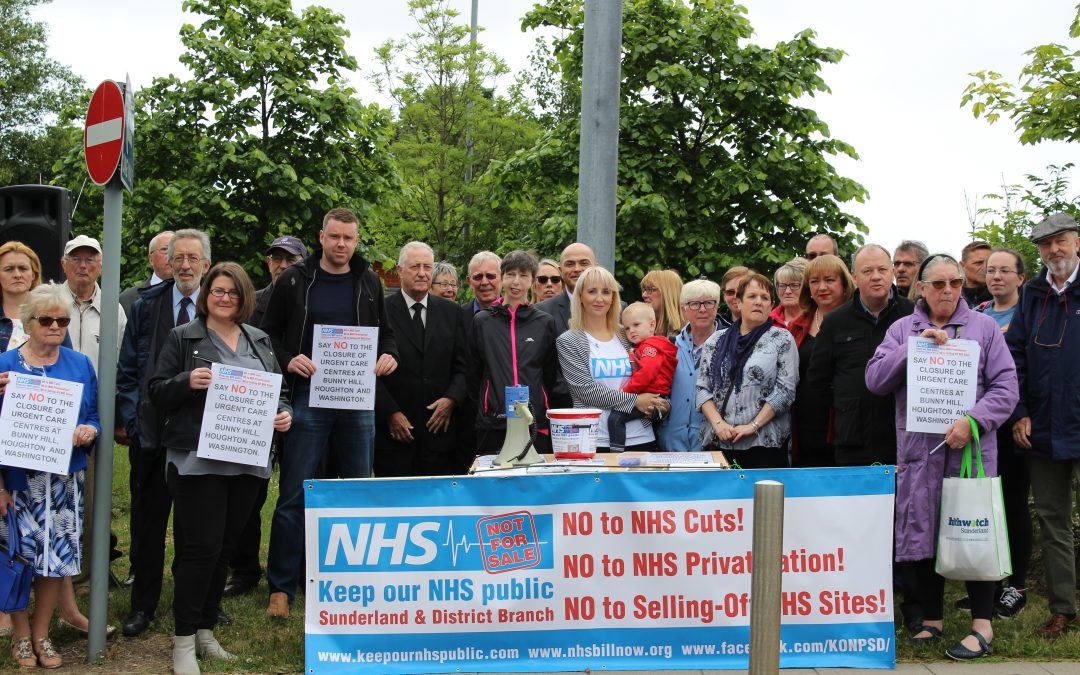 SUNDERLAND Labour Party is leading the fight to save the city’s urgent care centres, with an organised rally to ensure residents are aware of plans to close three local centres.

The party has criticised plans to close urgent care centres at Houghton, Bunny Hill and Washington and is urging residents to get behind their rally to call upon NHS Sunderland Clinical Commissioning Group (CCG) bosses to reconsider proposals.

The CCG’s plans would see the three local centres close, with residents expected to seek support from extended GP access in the areas, or travel to Sunderland’s urgent treatment centre at Pallion Health Centre.

Councillor Kevin Johnston, who represents Copt Hill Ward in Houghton, is leading the campaign to save urgent care in the community.

Cllr Johnston said: “Having spoken to residents, many have a real and genuine concern that they will be cut off from receiving the urgent care they need. We feel the proposal isn’t good enough for the residents.

“There are concerns regarding getting to Pallion for the urgent care – with issues raised around transport, parking and additional costs. We will be fighting these proposals on behalf of the residents. Taking away these community hubs at the heart of these locations is putting the pressure back on the residents, and ultimately, will only put pressure back on the NHS further down the line.”

Cllr Johnston said: “The NHS is continuing to suffer under this Conservative Government. Time and time again, we see the burden of the cuts being passed on to the residents of our communities.

“It’s about time that the Government puts the money back into our public services, back into the NHS, and starts protecting the people who need these services – especially urgent care, which is vital to the health of our residents.”

Cllr Graeme Miller, leader of Sunderland City Council said: “As the name suggests, Urgent Care Centres were established to deal with urgent medical concerns, so it is counter intuitive to expect residents – many of whom could be vulnerable anyway – to journey miles away from home to seek help.

“We know these are well used – particularly in Houghton, where the urgent care centre has seen a steady rise in use. The Labour Council will continue to fight to save urgent care in our city.”

Cllr Johnston added: “We encourage residents to get involved with this campaign. They can provide feedback direct to the CCG through their online service, or by calling, and show just how vital these services are. Or they can join us and sign our petition which they can find on Facebook.”

The public consultation for urgent care is taking place until Sunday 12th August. The online survey is available at www.sunderlandccg.nhs.uk.