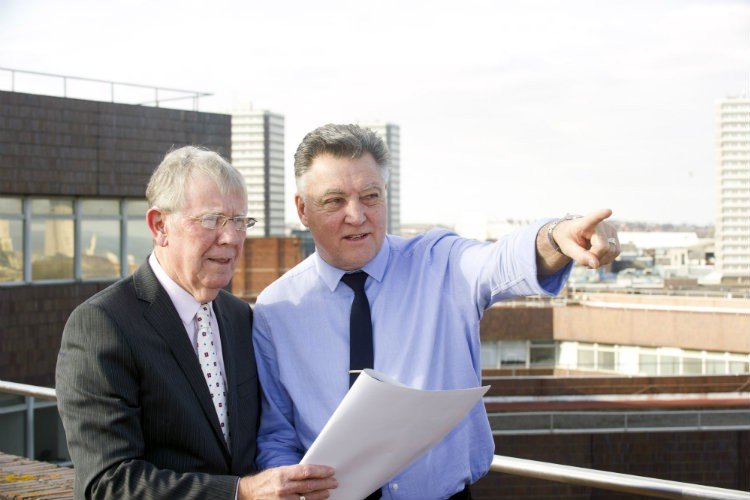 NEW FIGURES show that almost £1bn has already been invested in Sunderland since 2015 as part of a masterplan to boost jobs, infrastructure and cultural assets in the city.

An update on Sunderland’s 3,6,9 Vision – launched by key stakeholders in the city in 2015 with the aim of transforming it as a place to live and work – reveals remarkable progress so far.

It also demonstrates significant commitment from the private sector in the city, including more development in the city centre.

The 3,6,9 Vision was drawn up by Sunderland’s Economic Leadership Board, which includes Sunderland City Council, Siglion, the University of Sunderland, Sunderland College, Gentoo, City Hospitals and the North East BiC. It also brings together a number of city-based businesses.

The plan was designed to plot a strategy and action programme which would dramatically change the cityscape, create thousands of jobs and nurture the city’s cultural profile.

Of the many infrastructural, business and housing projects set out in the plan, developments worth an estimated £927.4m have either been completed or commenced since 2015. More than 5000 jobs have been created in that time, according to newly collected data from Sunderland City Council.

Investments which have helped to transform Sunderland’s skyline since the 3,6,9 Vision was launched include the Northern Spire bridge over the Wear, work on the Vaux Brewery site, continued investment in Port of Sunderland, and the development of a £3m restaurant, café, heritage centre and dance studio at the Old Fire Station off High Street West.

By 2024, a further £626m worth of development is planned in the city. Councillor Harry Trueman, leader of Sunderland City Council, said: “Great progress has been made so far in enhancing Sunderland as a place to live and work and in unlocking its huge potential through the 3,6,9 Vision.

“Of course we recognise that much more work and vital investment is needed, especially in speeding up the transformation of the city centre. However, the eagerness of businesses and investors to be part of Sunderland’s growth and redevelopment, and the many projects planned, give us plenty of reasons to be optimistic about the future of the city.”

Projects due to begin in the near future include the nationally significant International Advanced Manufacturing Park (IAMP) and the new £8.2m 450-seater cultural auditorium in the city’s emerging music, arts and cultural quarter.

Sunderland Railway Station will undergo a £13.7m redevelopment, while an extension to the Bridges Shopping Centre development will see a new retail development built on the former site of Crowtree Leisure Centre. Several major housing developments are also in the pipeline.